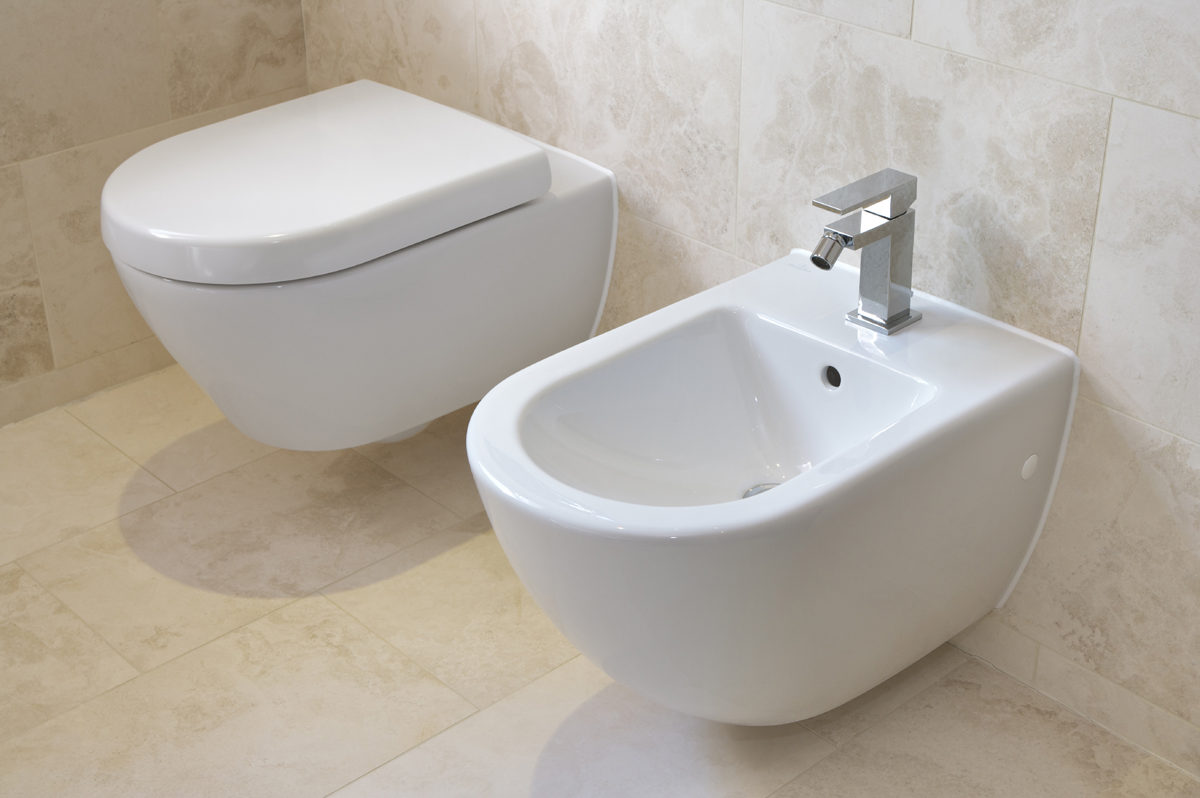 The Bidet, and Why You Want One

by Gerald Wolery
It's odd when you learn that a product has been in use in Europe and Japan for decades but is new to the U.S. We like to think we create and adopt the latest technology before other countries. Whether or not that's true in other areas, though, it's rarely the case with bathroom products. The bidet is an excellent example. This relatively simple device offers numerous health and lifestyle benefits, yet Americans have been slow to adopt it. Thankfully, people are catching on, and at a faster and faster rate every month.

It’s odd when you learn that a product has been in use in Europe and Japan for decades but is new to the U.S. We like to think we create and adopt the latest technology before other countries. Whether or not that’s true in other areas, though, it’s rarely the case with bathroom products.

The bidet is an excellent example. This relatively simple device offers numerous health and lifestyle benefits, yet Americans have been slow to adopt it. Thankfully, people are catching on, and at a faster and faster rate every month.

Basic Design and Features (With a Little History)

The bidet is a toilet-type basin, usually with a seat, that provides a source of water to clean your anus or genitals. It’s used most often after waste elimination, but can be – and frequently is – used after sex, during menstruation, or just for general cleansing of the area.

Today, they come in many varieties, some of which are electrified, and they’re typically found in the bathroom. But it wasn’t always so.

The bidet has been around since at least the 18th century. There are some indications one type was invented quite a bit earlier. And, in truth, the function it provides has been familiar at least since the days of the ancient Romans. But our modern design can be clearly traced to at least AD 1750.

Interestingly, while today’s form and function is very similar, those antique models operated a little differently. There was no home (or castle) electricity then, and very few plumbing or water pressure systems to drive a bidet’s jet spray.

Initially, the water source was a hand-filled bowl and the water was sometimes soaked up with a cloth used for cleaning. Soon after, a hand-pump mechanism was added that let the user squirt water onto one’s private parts.

Much later, that mechanism became more automated, especially once modern plumbing began around the late 19th century. The bidet ultimately gained heated water, an electrically-heated seat, and other conveniences.

It’s sometimes a little hard to understand why bidets are not as common in the U.S. as they are in Europe, Japan, or even South America. Maybe Americans just haven’t yet read of the many benefits one offers. So, here goes…

First, using a bidet can reduce or even nearly eliminate consumption of toilet paper. That might seem like a small thing, and in terms of overall cost it probably is. After all, you can buy a lot of toilet paper for the price of a bidet. But the savings is in much more than just the immediate cost of the paper.

The environment sees tons of toilet paper introduced daily, and using a bidet radically reduces that waste. More immediately, it helps prevent any clogging in your toilet. That can save you time and quite possibly money on professional plumbing services for repairs.

Overall, it preserves something as or more important, though: personal health.

Imagine cleaning your dirty dishes with a dry rag rather than water. They might get somewhat clean – after a lot of effort and “elbow grease” – but clearly water helps tremendously. It’s so effective, in fact, that no scrubbing is required inside a dishwasher.

When it comes to using a bidet to clean yourself, it’s more than a question of time, effort, or efficiency. It’s a matter of health. A stream of water, especially heated water, will definitely do the job better. Yet, we Americans continue to use toilet paper in large quantity.

Just as with dishes, only much more so, keeping your body clean of waste removes material that is a prime breeding ground for germs. Toilet paper certainly helps a great deal with that. But water is the universal solvent and, beyond the cleansing action, it gets places that toilet paper does not.

Comfort and hygiene go together, and nowhere better than when using a bidet. Water is more soothing to cleanse your anus with, especially when you have tender tissues.

Whether you’re growing older or have hemorrhoids, or have to eliminate several times a day, using water will be much gentler. And “gentle” ultimately means not just more comfortable, but healthier. After only a few days of use, you’ll find that those tissues start to heal faster, too.

Variations on a Theme

There are different types of bidets, not surprisingly. Some are separate, standalone devices. Others are specialized seats and lids that fit on top of your toilet. While both offer advantages and disadvantages in cost, function, space, and style they all provide similar health benefits.

One popular manufacturer offers a whole range of bidet products. Some are integrated into the toilet, others are add-ons. TOTO, a Japanese company that now does business worldwide, features a variety of types and models. Some are very basic: a seat with a jet spray for personal use. Some are high-tech wonders you would not believe exist if you haven’t visited Japan.

You can get a bidet that provides heated water, air dry, automated on-off, self-cleansing nozzles for low maintenance, and a host of other advanced features. TOTO’s “Washlet” line offers several examples, but they’re not alone. There’s a considerable range of choice out there, if you just take a few minutes to look at the different models.

Before you do, you might want to spend a few minutes learning about the various types of bidets and how they work. Then you’ll be better prepared to narrow down the available options, and to zero-in on the price range, feature set, and other aspects that will influence your final choice.

So, let’s explore them.