by Gerald Wolery
Bio Bidet makes a full line of bidet seats, but none more impressive than two of their high-end models: the Bio Bidet Bliss BB-2000 and BB-1700. But, given that they’re both very similar and about the same price, how do you decide between them?

UYICOO Nozzle Device: Does it Really Work With Every Bottle?

Narrow Down Your Choice in 30 secs!

As of this writing Bio Bidet offers a dozen bidet seat models. Narrow down your choice very quickly and make your research easier by answering some simple questions. 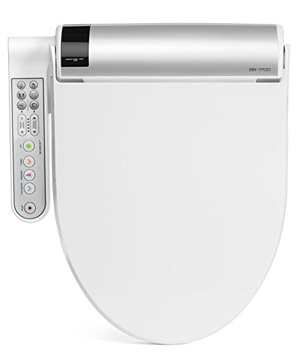 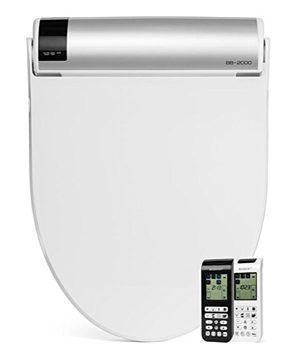 Both bidets require an outlet nearby the toilet. If you don’t have electricity nearby and don’t plan to add a new outlet or you just want a seat with basic bidet functions look into Bio Bidet’s non-electric seat models.

Both bidets only require a cold water connection. Neither allows for direct connection to your hot water system. Warm water is provided by hybrid water heating technology.

Continuous warm water is provided as long as needed. Water temperature is adjustable.

Both models feature nozzles for posterior and feminine wash.

Both models feature self-cleaning nozzles before and after each use.

The water spray pressure can be adjusted on both models.

Both models feature a heated seat. The seat temperature is adjustable.

Both models feature a soft-closing seat to prevent loud slamming of seat and lid.

Both models come with deodorizer function to eliminate odors from the air.

Both models come with a power save mode allowing the bidet to consume less energy.

Bidet is controlled from the sidepanel attached to the seat. No remote control available.

Bidet is controlled by a wireless remote control with LED screen. Simple side panel available.

Bio Bidet makes a full line of bidet seats, but none more impressive than two of their high-end models: the Bio Bidet Bliss BB-1700 and BB-2000. But, given that they’re both very similar and about the same price, how do you decide between them? Tune in to find out…

First, each is a bidet seat – which means that, rather than being a full bidet, it “merely” replaces your existing toilet seat. Keep in mind, though, they’re both “elongated” bidet seats. So, if you have a toilet that accommodates only round versions you’ll need to search elsewhere.

Many bidets supply only cold water. Those that have a warm water spray can heat the water in various ways. Read this article to learn more about the different heating systems in bidets and discover the pros and cons of each.

Both models use a hybrid heating system, the method by which the bidet combines an onboard tank with “on demand” heating. It eliminates the cold water shock you might experience in the beginning when using a tankless bidet thanks to the onboard tank. And it continues to produce warm water when the tank runs out thanks to the instant heating technology.

The water temperature can be changed to accommodate personal preference.

Neither model requires a connection to your home’s hot water supply, since the heating is done by electricity. This will require an outlet, but in a pinch you can run an extension cord behind a cabinet. In most cases, though, there will be a GFCI outlet within reach.

That electrical power is also used to heat the seat. Seat temperature can be adjusted to your comfort level.

Both models offer a 3-in-1 stainless steel nozzle system. That’s the design type that has one wand but three “spigots”.

Whether that’s superior to a bidet with multiple, independent wands would lead us into a long and pointless discussion. It’s enough to say this particular component works superbly.

The three spouts provide for posterior wash, one for feminine wash, and a third for a “vortex/turbo” (enema) wash, which imparts a mini-tornado spin to the water. Far from just a marketing gimmick that feature actually does improve effectiveness. If that alone doesn’t do the trick, it can also be set for oscillating or pulsating washes.

The nozzle position is adjustable, too. However, it’s not adjustable to a degree that might suit very young users. There’s no “kids wash” as there is on some other Bio Bidet bidets. Besides an angle that’s better for smaller individuals, that feature usually consists also of a change in pressure and a timed wash.

The nozzle retracts when not in use. “Use” sometimes means something beyond cleansing you, though. The wand/tip can cleanse itself.

With the touch of a button a “dribble” of water runs over the steel tip and ensures no buildup of material. The slow, low-pressure water means no mess and no need to block the wand during maintenance. Occasionally, a bleach-based spray might be needed to eliminate any mold present, depending on your climate and water supply.

Apart from a slow-closing lid (more or less standard on good bidet seats today), these models also house a deodorizer. When the seat sensor detects you’ve sat down, the bidet starts a little fan that blows the internal air through a filter.

It’s not as robust as the similar mechanism on an air purifier, but it does help keep the bathroom clear of foul odors. And, it’s optional; if you prefer not to use it you can easily disable it.

Post-cleansing, there’s a warm-air dryer to allow you to finish off with a minimum of toilet paper, and its air temperature can also be set.

So, back to our original question: with all these similarities, how do you choose between the BB-1700 and BB-2000? In most bidet models, there’s a feature difference to help decide. In this case, it comes down mostly to personal preference of how you set those features.

Beyond some minor differences in button style and arrangement, the remote control offers a number of visual indicators that might be a deal maker for some (yours truly included). Time, temperature, icons for the selections made, and other items show in an illuminated display that’s easily visible in a light or dark room.

There are some minor flaws in the side-attached control panel’s design on the BB-1700. For example, it uses the same rocker switch to adjust the water pressure and the warm air dryer temperature. Given that you won’t change the latter too often there are few opportunities to make a mistake, but it calls for some care that could’ve been avoided.

The BB-2000 remote control has its own drawbacks. It’s a comprehensive control that’s easy in general to use, but the many icons require a bit of study. It will take a little time to figure out which function each symbol corresponds with. On the upside, it does a better job of showing how to increase (the + button) and decrease (the – button) various settings. Once you learn about it, it’s a joy to use.

Other than that the only other difference is the presence of a blue-glow night light on the BB-2000 – useful for middle of the night toilet visits. It illuminates the small side control panel with buttons for posterior and feminine wash.

The Bio Bidet BB-1700 and the BB-2000 (I’m using the BB-2000 at home – read my full review here) are both excellent bidet seats, though a bit on the higher-end pricewise. If they’re within your budget, you can’t go wrong with either. Simply decide whether you prefer an attached control panel or a remote control and then order. Simple!