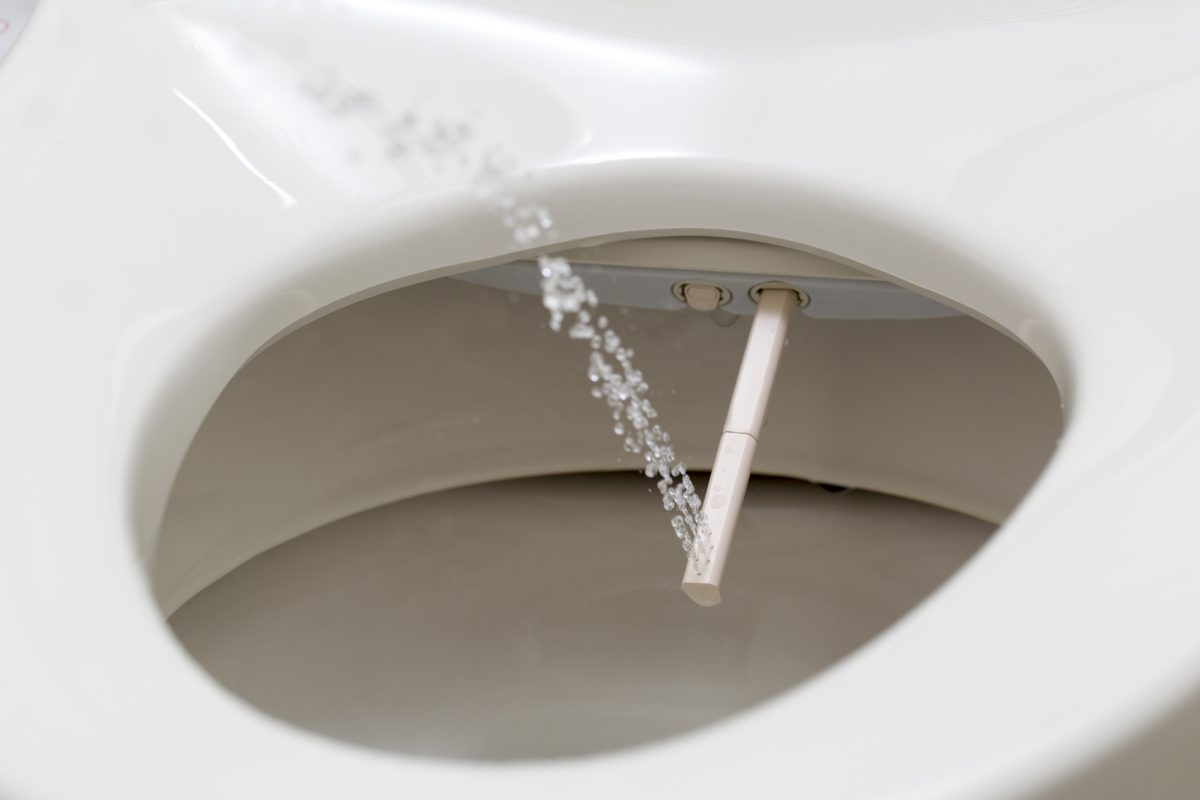 by Gerald Wolery
You've decided to take the plunge and buy a bidet. But there are so many models on the market the choices seem overwhelming. No need to panic. One way to cut the confusion in half is to slice off a big chunk of those available before you even look at a single one. One great way to do that is to consider the pros and cons of an electric versus a non-electric bidet.

First let’s eliminate any potential confusion. An electric bidet may work by electricity or not. Hmm… that sounds confusing. Let’s try again…

The basic bidet function (to provide a pressurized stream of water to wash your private area) can be powered entirely without electricity – even in an electrically-powered bidet. That is, the stream itself can be powered solely by the home water supply pressure. The electrified features may be limited to “support” operations.

More often, an “electric” bidet uses its juice to power a built-in heater that warms the water before it touches your skin, raise or lower the seat, turn on/off a timer, respond to a remote control unit, and other convenience features that need a power source. Naturally, a non-electric bidet will have none of those features.

Those two major divisions give us enough background to launch into a discussion of the pros and cons of each basic type. You might not think there were any cons to an electric model, but hang in there. We’ll discuss several.

It might surprise you to read that there are actually advantages of a non-electric bidet, along with some of the obvious drawbacks. I’ll cover them first, because you don’t want to rule out this category blindly.

As the name says, a non-electric bidet isn’t powered by electricity. So, it has to do without some of the features outlined in the first section. But do you need those? If you lack a remote-controlled way to raise or lower the seat is that important? Do you need a timer? And, yes it has to be asked, do you need electrically-heated water in your bidet?

After all, those features come at a cost. Bidets that offer them almost always cost more – often $200 or more – than those without them. And, they make the bidet more complex. A mechanism included is a mechanism that can go wrong and require repairs. And one that offers them is usually harder to install, sometimes a lot harder. That might mean the difference between a do-it-yourself job and one requiring a professional – again a cost issue.

On the other hand, doing without electricity in your bidet doesn’t necessarily mean doing without warm water in your bidet. There are alternatives. Some models have the ability to hook up directly to the hot water supply in your home. That can lower the initial cost of the bidet as well as, to a small degree, keep your electric bill lower.

Some of the pros of an electrically-powered bidet are pretty obvious from what’s been said above, so I’ll cover them last. In the meantime, the cons have already been suggested, too. I’ll give them a quick once-over, anyway.

The downside to buying an electric bidet, as mentioned, range from a higher cost of purchase and installation to the higher probability of problems later on. They feature more so they cost more and there’s more (possibly) to break.

Beyond that, there is one prospective issue that hasn’t been discussed: safety. An electric bidet, almost by definition, plugs into an electrical outlet. I’m not aware of any battery-driven or solar powered units for the home.

However, the risk is very, very low. There are several “failsafe” mechanisms designed into all of them. Bottom line: all electric bidets have an excellent track record on this score.

The pros are so numerous and so positive, though, that some of them merit re-mentioning. Every electric bidet provides the one thing that nearly all buyers want most of all: warm water. Some non-electric models can supply it, yes.

In some, you can even adjust the temperature in a way it would be difficult with a non-electric model. True, you can sometimes alter the hot-cold mix on even a non-electric, but you might have to get off the seat to do it. Who wants to do that?

Some more sophisticated models even allow you to adjust the temperature via a timer. For those homes where getting up in the middle of the night is less likely, you can optimize your utility bill by having the bidet warm the water (and/or seat) only during the waking hours.

And, while the initial (and, sometimes, the installation) cost is typically higher, consider the long term. If you keep your bidet for 20 years, a pretty common average, an extra $200 up front doesn’t look like a lot for the extra features.

In the end, only you can decide which type of bidet – electric or non-electric – suits your budget, lifestyle, and preferences best. But making that call early on will save you a lot of time in looking through potential models to buy.