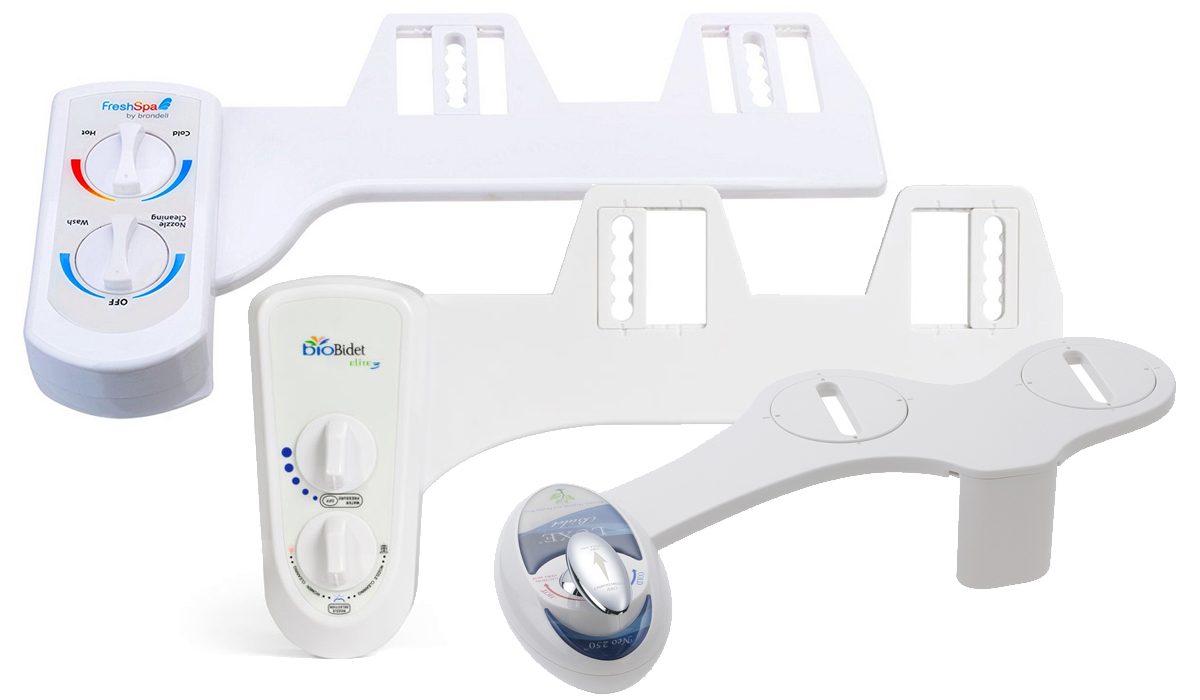 The Definitive Guide To Bidet Attachments

by Gerald Wolery
Bidet seats replace your existing toilet seat and typically offer a heated seat, water heating system, adjustable sprays, and other convenience features. But what if that appliance is too expensive, or if you don't need all those bells and whistles?

Time to Replace Your Old & Inefficient Toilet? Read This Now!

Bidets are growing in popularity daily. No surprise, with everyone concerned about hygiene and health more than ever. But some models are frightfully expensive. Bidet seats can run anywhere from a few hundred dollars to over $1000, and there’s a bewildering array of choices.

What to do? How do you choose from so many, especially when you’re on a tighter budget than ever? The answer: consider a bidet attachment.

“But what is that,” you ask. “And how does it differ from a full bidet, or a bidet seat, or a hand-held bidet? Do they really work? Can I get one for a reasonable price?” Whoa… So many questions! Let’s take it one step at a time, starting with what a bidet attachment is and how it works.

A bidet toilet attachment offers a similar spray wand and, often, the same kind of controls as a  bidet toilet seat. But they’re smaller and fit  underneath your existing toilet seat rather than replacing the existing seat.

They usually provide fewer features, though. They mostly lack the ability to warm the toilet seat, for example. They also generally don’t house a warm air dryer, deodorizer, and other convenience features common to a bidet seat.

Because they offer most of the basic functions of a bidet seat, a bidet attachment works just like them – ie. an attachment will provide a spray wand that cleans the posterior and/or feminine parts.

What to Consider in a Bidet Attachment?

Of course, before you can install a bidet attachment for your toilet you have to buy one – and you want one that’s best for your family. Here are a couple of potentially important things to consider.

You shouldn’t expect to get all the features of a high-end bidet seat in a bidet attachment. A heated seat, warm air dryer or deodorizer are very unlikely.

Still, beyond a simple wand, some bidet attachments like the TUSHY Spa offer an additional warm water hookup allowing you to connect the bidet directly to your bathroom’s hot water supply. Consider whether that’s important for you.

A dual temperature bidet attachment will cost you most of the time a premium. Even so, for many buyers that feature will still be worth the extra cash. Even warm water bidet attachments are still far cheaper than bidet seats. 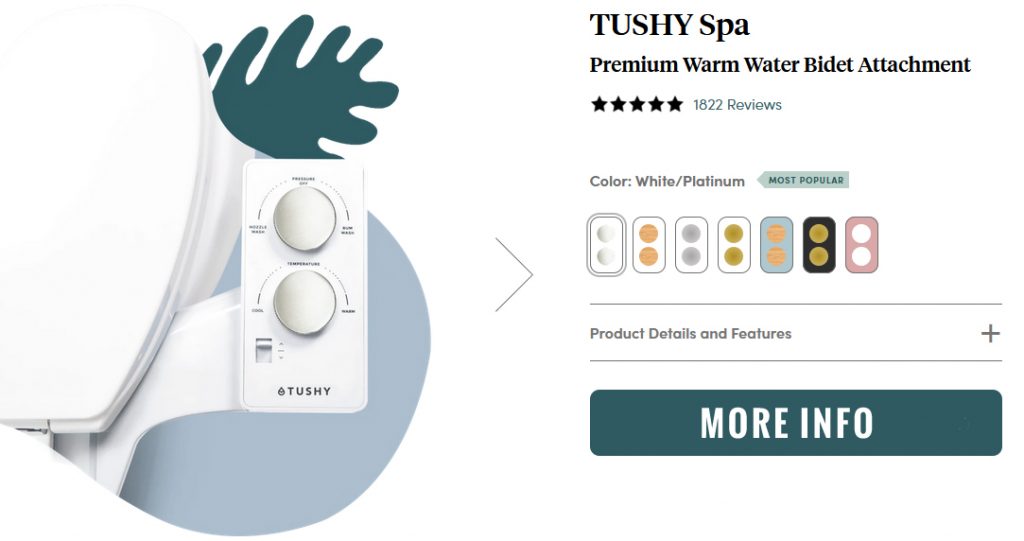 If you plan to buy a warm water bidet attachment, since they don’t heat the water electrically, you have to run the second hose to your bathroom’s hot-water supply.

If you have exposed plumbing under the sink that can be pretty simple. If you have to drill a hole into a cabinet things can get tricky.

At the very least you have to ensure – before you buy! – that the warm water bidet hose supplied with the bidet attachment is long enough to reach the hot water valve under the sink.

You can find that spec most of the time in the product details of the bidet attachment or in the installation manual which is most of the time freely available on the manufacturer’s website.

Another thing to take into account when opting for a warm water bidet attachment is your warm water system’s speed of supply. Some bathrooms will feed hot water to the faucet almost instantly.

Others, generally those far from the hot water heater, can take seemingly forever to start warm water flowing. There’s no point in getting a bidet attachment with hot water connection if it takes a solid five minutes for warm water to reach the bidet from the heater tank.

Most bidet attachments will have simplified controls in part because of the reduced number of features and will have a control panel integrated into the attachment itself.

Ask yourself how important that is to you and your family. Keep in mind here in particular anyone in the house that has difficulty moving an arm back at an angle. They might also have trouble pressing stubborn buttons or turning stiff knobs. A bidet seat model with a separate remote control might be a better solution for users in those situations.

Any left-handed users in the house? Bidet attachments (just like bidet seats) so often have their controls on the right side. Luckily there are some alternatives specifically intended for southpaws.

The Brondell SouthSpa bidet attachments for example house the dials on the left side of the toilet. Heck, some right-handers might prefer a left-hand model, too! After all, maybe your bathroom simply doesn’t have enough room for a jutting control arm on the right side of the toilet.

5. Posterior or Feminine Wash, or Both?

If you want to satisfy all family members, consider a bidet attachment with  dual cleansing function. That is an attachment which has a rear and feminine wash mode. Frequently, the bidet will do that by housing dual nozzles – a separate nozzle for posterior wash and a second nozzle for feminine wash.

Sometimes, it’s done by a single positionable nozzle. You can then change the angle by manually moving the nozzle forward or backwards. Other models like the TUSHY bidets allow you to change the spray angle by using a switch on the control panel which imo is much more user-friendly and also more hygienic.

Many bidet attachments offer water pressure adjustment. Beyond satisfying individual desires, that can be an important feature for some bidet users. Anyone who’s suffering from hemorrhoids or had a recent operation might rate this feature as important.

If you choose to buy a bidet with hot water connection, check whether the water temperature can be adjusted as well to suit individual preferences. For some buyers that can be an equally important feature.

Don’t forget you’ll probably have to do some cleaning maintenance on your bidet attachment. To keep maintenance to a minimum consider a bidet attachment with self-cleaning nozzle(s) as it will save you a lot of icky effort. Some models also feature a nozzle splash guard gate that “caps” the nozzle(s) when not in use. After using the bidet the nozzle(s) retract behind the splash guard to keep the nozzle system safe and sanitary.

How to Install a Bidet Attachment?

One of the few advantages of an attachment over a bidet seat (besides lower cost) is that they’re typically less restrictive when it comes to installation.

All that’s needed is for the width of the adjustable brackets of the attachment to line up with the holes in the toilet bowl, which they almost always do. One thing that helps along that “universality” is the fact that attachments require no electrical connection.

Even if you’re not a skilled do-it-yourselfer in the bathroom, almost anyone can install a bidet attachment in far less than an hour, typically no more than a dozen minutes. You might need a screwdriver, but often not even that. You’ll need a wrench that fits your toilet’s water supply. Usually, an open-ended crescent wrench is best. 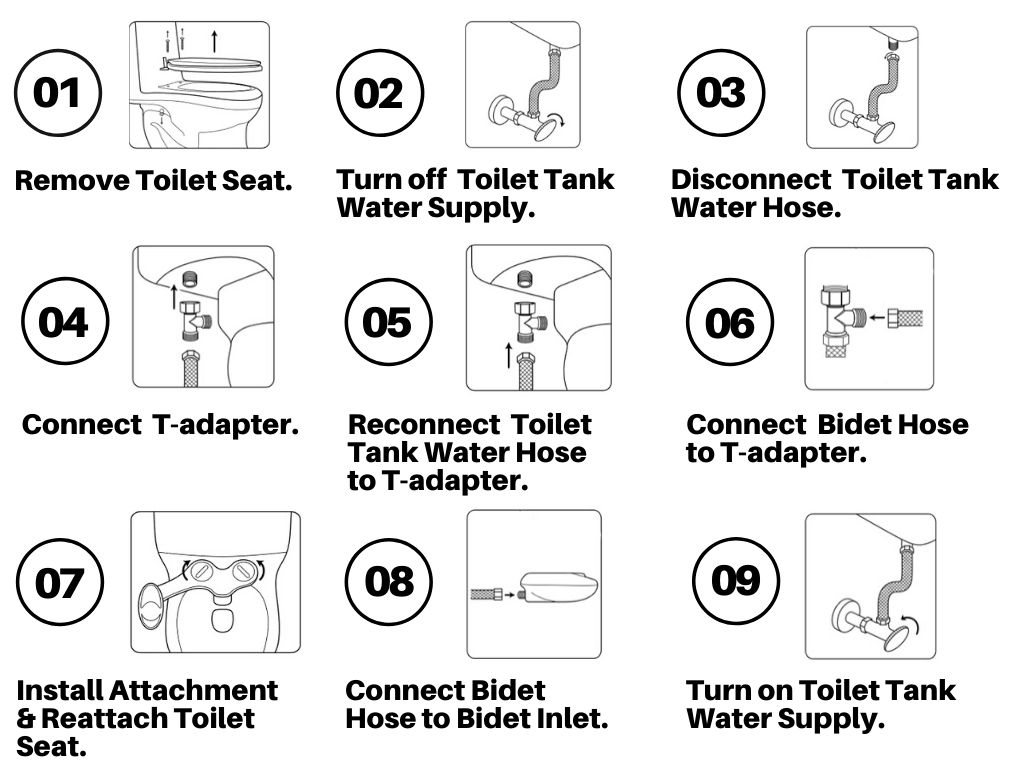 You start by simply removing the existing toilet seat and turning off the toilet tank water supply. Drain out the water by flushing the toilet completely empty. Then disconnect the water supply hose from the fill valve underneath the toilet tank. Before you do make sure to put some towels under the hose assembly to catch up any residual water.

Finally connect the other end of the supplied bidet hose to the bidet inlet. Open slowly the water supply again, checking for leaks at the hose. Test your bidet.

Done! Or… not entirely yet… 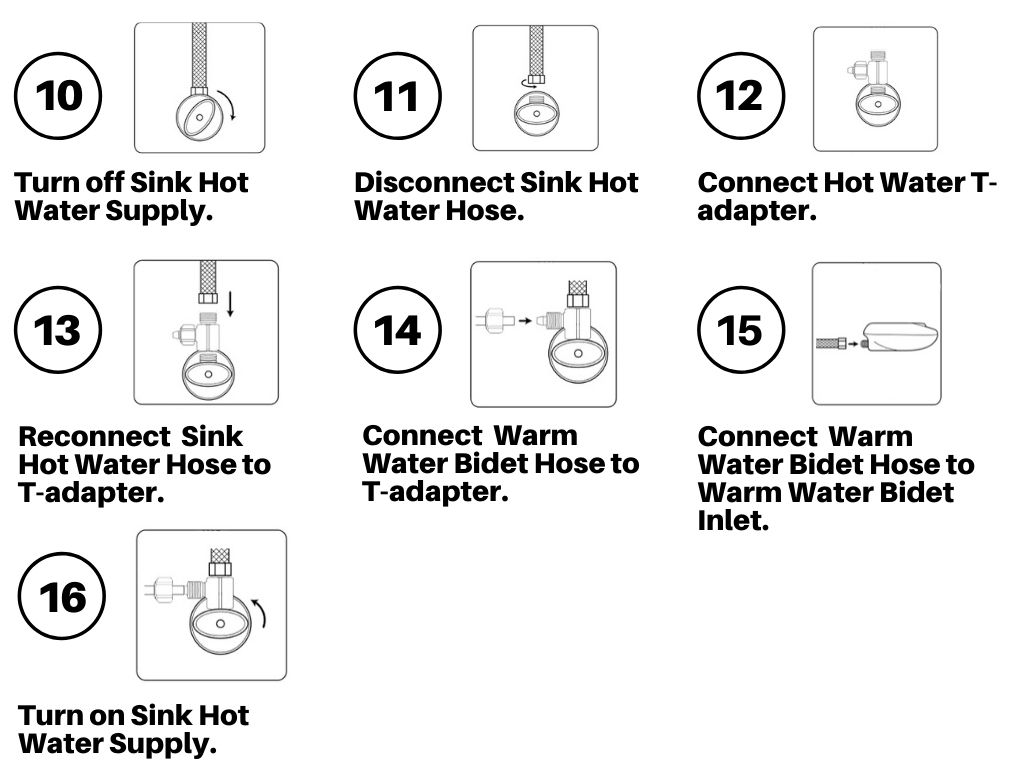 Just as with the cold water connection, turn off the valve that allows hot water to your bathroom faucet. That’s frequently inside a cabinet directly under the sink. Put some towels down beneath the hose coming off the valve to catch up any residual water. 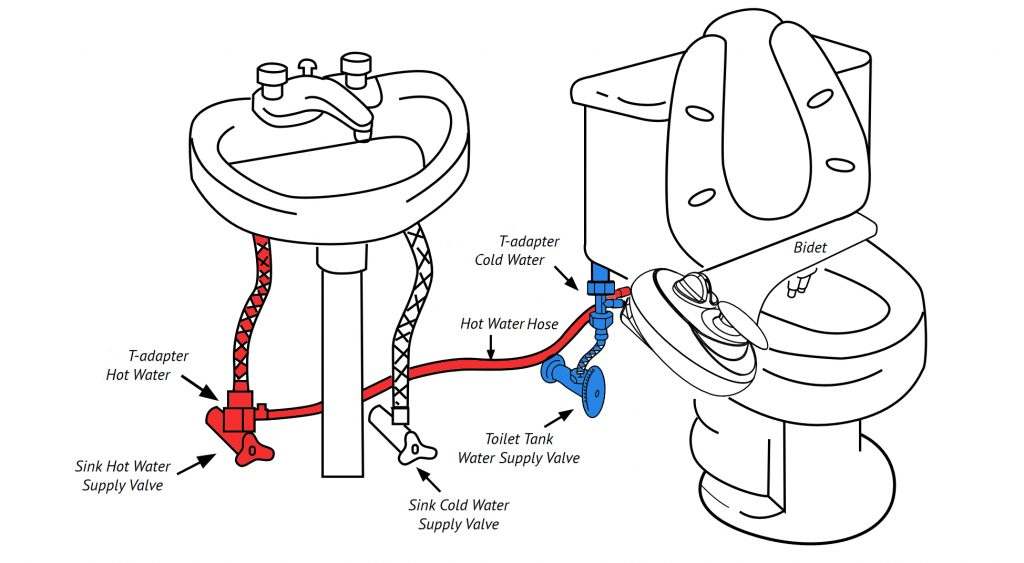 Which Bidet Attachment to Buy?

Picking one best bidet attachment for everyone is, of course, impossible. A good starting point is to take a look at the best selling models and brands among toiletbidet.com readers in the past year (2019).

The Best Selling Bidet Attachments in 2019

Is a bidet attachment for you? If you’re on a tight budget, it’s definitely an option to consider. If you can’t without the absence of some features found in bidet seats like a heated seat, warm air dryer, deodorizer, and other convenience features  – you might want to “upgrade” to a bidet seat. Only you can say for sure.

Want to Find Out Which Bio Bidet Seat is Right For You? Take This 30 Second Questionnaire!
Previous Post
Struggling With Choosing the Right Luxe Bidet Attachment? Read Why I Pick the Neo 320

Warning: A non-numeric value encountered in /home/customer/www/toiletbidet.com/public_html/wp-content/themes/hunted/lib/widgets/recent-posts.php on line 145

The Slim Zero – The Only Non-Elect...